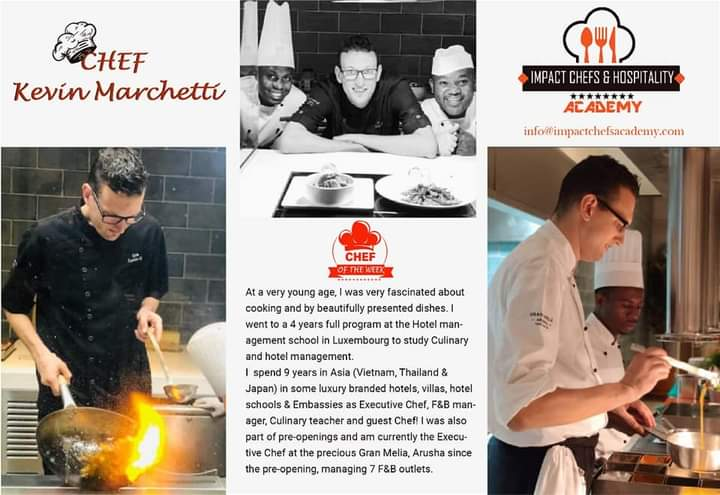 From a very young age he was very fastinated about cooking and beautifuly presented dishes and started to support his Mother at every Sunday lunch.

As a teenager he spend most of his time in restaurants to learn and understand what the reality of this job was all about and always loved it! He then went for a 4 years Full Training Program at the Hotel Management School in Luxembourg to study Culinary and Hotel Management and left the school as the best student of the year! Well done Chef Kevin.

He has also won several awards and certificates while attending competitions, exams, etc. He has worked in some well known brands like Michelin Starred Restaurants and Hotels in Luxembourg, Germany and France!

He was part of pre-opening for several hotels and currently the Executive Chef at the Precious Gran Melia Arusha Resort Arusha Tanzania since the pre-opening in order to manage the 7 F&B outlets.

Impact Chefs and Hospitality Academy
X
X
×
You must be logged in before using WishList. To login click here